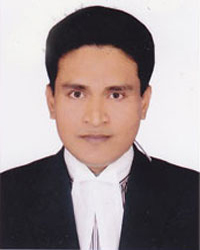 was born in Lakshmipur. He started student politics from 1987. In 1989, he was elected as Vice-President of Jatiotabadi Chatrodol of Lakshmipur Government University College, Lakshmipur.

In 1991, He was elected as Asst. Secretary, religion and Welfare of Tejgaon College Chatro Sangshad.

He was an Executive Member of Bangladesh Nationalist Party Central Committee and also involved with various social welfare.

He relates with many social activities. He is passionate about human interactions and helping others & Working for the betterment of the society.